NOURNEWS - Trade talks between Australia and the European Union have been postponed as a row with France over the so-called AUKUS security partnership deepens.

AUKUS is a security pact between Australia, the US and UK. It allows for greater sharing of intelligence, but crucially it gives Australia secret technology to build nuclear-powered submarines, though not equipped with nuclear weapons.

Last month, Canberra canceled a $37bn ($27.5bn) deal with France to build a fleet of conventional submarines. Instead, it will build at least eight nuclear-powered submarines with US and UK technology. The decision angered Paris, which called the deal a "stab in the back" by the US and Australia.

Analysts have described AUKUS as probably the most significant security arrangement between the three nations since World War Two. But France considers the Indo-Pacific region to be of key strategic and economic importance, with around 1.5m French citizens in the area.

Following is the full text of the interview with Clare Daly, Member of the European Parliament:

How do you see the effect of the recent submarine deal between Australia and the US on transatlantic relations and NATO?

I don’t think there’ll be any lasting effect on NATO, unfortunately. We’ve already seen that the French ambassador is heading back to Washington, and Macron and Biden had a relatively amicable telephone call last week - this is a temporary spat, and other NATO members will have no interest in seeing it escalate beyond that. The NATO military-industrial complex will march on, sadly.

Can such trust-killing acts motivate Europe to be more serious in gaining strategic autonomy and formation of a European army?

To be honest, the powers-that-be in Europe will take any excuse to push for a European army - such is their obsessive zeal with that dangerous and destructive project. We saw recently that Ursula von der Leyen used the US withdrawal from Afghanistan as an opportunity to push for European militarisation - when it’s clear to anyone with eyes and ears and a brain that the West’s whole ill-fated and disastrous invasion and occupation of Afghanistan is the strongest possible warning against military interventionism that you could possibly imagine. So it’s no surprise to see the French foreign and defense ministers coming out and saying the deal increases the need for European strategic autonomy, and no doubt it will be pressed into service by Brussels as an excuse to justify more militarism at an EU level too. 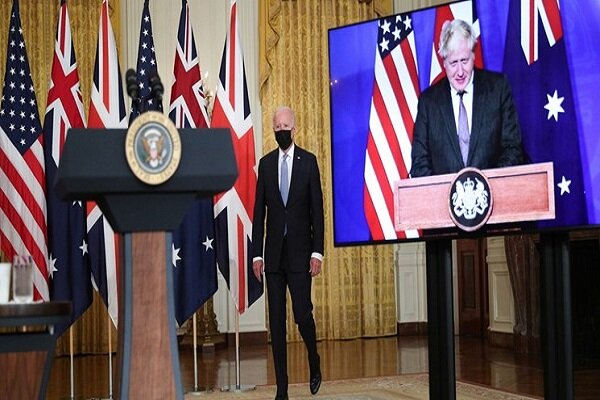 Many believe the deal will affect the non-proliferation treaty negatively. What do you think of this?

What’s at stake here is the provision of weapons-grade enriched uranium to a non-nuclear weapons state to power military submarines which will engage in provocative action in an already highly contested region. The Nuclear Non-Proliferation Treaty allows for the exchange of civil nuclear technology, but only for peaceful purposes - what’s happening with AUKUS could hardly be called that, so it would appear to me to be in breach of it.

How do you assess the effect of such moves on the region's security and stability?

More aggressive action from the US towards China is the last thing the world needs, and this deal is clearly meant to be read aggressively by the Chinese. To be honest, the Chinese foreign minister put it well when he said the alliance risks ‘severely damaging regional peace... and intensifying the arms race’, as well as demonstrating an ‘obsolete Cold War... mentality’. This deal is bad for regional stability, and, in common with all deals that lead to the proliferation of weapons, bad for the world.

France is going to send back its ambassador to Washington, does this mean mending the differences?

My understanding is that as well as the French ambassador being sent back to Washington, the French president Emmanuel Macron spoke to Joe Biden by phone last week and agreed to try and find a way forward. It’s likely that after the sturm und drang of the past few weeks over wounded French pride that the whole thing will now simmer down - the US is too big a market and too significant a part of the Western imperialist power bloc that France is so supportive of for it to dream of cutting off or undermining relations with it.